"AND I THOUGHT I WAS THROUGH WITH THE LAST POST....."
=
I received some input on the last post where the writer thought the difference from 70's rigs and todays were black and white. Yes, today's radios have all sorts of features you could almost imagine, he mentioned DSP as one of them (ed. - of which I'm not a great fan of), but true the newer rigs have more features in them, however, if you're young, on a budget, etc. You can still make plenty of contacts using older equipment, or even something you made yourself.
=
While I included price charts I did not include any pictures, so let the slide projector roll....
-

Depending on what filters it has in it, or if it has the optional internal PS,
and the market at the time it's posted, you can pick up one w/o options in the
$300 price range. The "A" model had some improvements in it which usually
makes it more expensive than the non-"A" rig.

The Kenwoods TS-430S, still a great talker after all of these years. 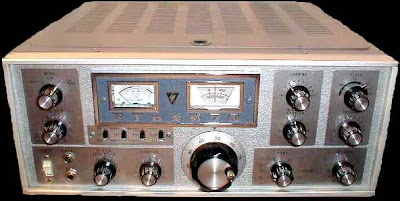 This is one not mentioned in the earlier post, it's a Yaesu FTDX-560, all tube,probably weighs in at around 70lbs or so. But this is an example of an older rigthat would work fine, but it's more of a collectors item now, so pretty pricey.
= 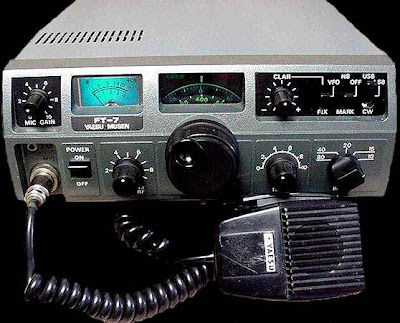 Also an older, yet solid-state model, the Yaesu FT-7
= 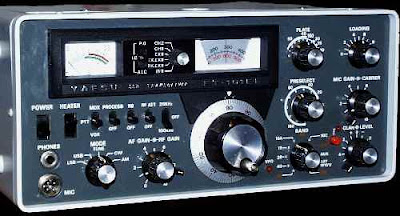 One of the famous Yaesu FT-101's (This one is an "EE"), and they still command what i consider to be a great value with little to no depreciation. In the 80's you could find them in the $200-$400 range, same in the 90's, as well as 2008. If you make a good purchase on a nice 101 today the chances of losing a bunch of money when it comes to sell it, is very low, and depending on the market, you might even make a few bucks! 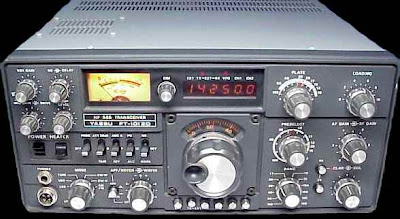 The 101 series did have one model with a built-in digital display, that being the FT-101ZD
=

Once again, an example of an older rig that sells for what you could buy a new rig with, the Yaesu FT-102
- 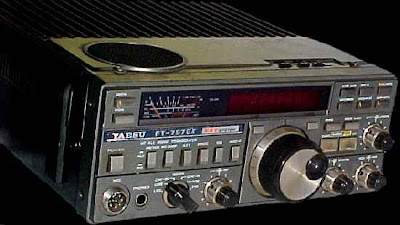 This is the Yaesu FT-757GX. Yaesu sold a ton of 101's, and I'd have to attribute that to it's ability to be put on the 11m band relatively easily. The 757 was a huge hit, and Yaesu continued the trend making 11m possible by merely moving a switch. Both this and Kenwoods TS-430 were similar sized and featured.

Of course, my viewpoints in the last two posts are mine an mine along, and others certainly do, for instance I received my new QST and there was an article touching on the same subject "Your First Rig", only he was seemed to be leaning towards new rigs. And, hey, if you're an adult and have the $$$ more power to you my friend. I'm just thinking about a Jr. High or High School kid who wants to be a HAM, but doesn't want to blow his extra XBox funds on a new rig. I'm also thinking of the high schools who still have "Basic Electricity" and "Electronics" classes, and those who want to build something with their own hands, customize, and talk around the world.

I'll leave you with these words of wisdom: "Buy what you can afford in a working rig (used or otherwise) but save the planning, and a good chunk of $$$ for the antenna, because without a good antenna system, it doesn't matter what you're talking on".

Have a GREAT weekend!

You've been living in a world of FM either by HT or a mobile rig in the car. In your case, you wanted a dual bander so you bought an HT, perhaps the Yaesu FT-60 or the like (under $200). But you went over to another HAM's "Shack" and was amazed with his HF rig......suddenly, you're world was turned over! Studying and studying, you took the GENERAL class license test - and passed! It was only after everyone had patted you on your back with the "Good going", that you realized you didn't have enough money to buy an HF rig (and you certainly didn't want to sell your HT)
-
First and foremost, you can buy an older, used rig for a decent price that will get you on-the-air in the wonderful world of HF. Sure, if you have the $$$, you can buy a new rig, but most HF rigs that are 30-35 years old will do the trick at a lower price.
-
Unlike computers, Amateur radios are not considered obsolete every year or so. Computers get faster, and as the get faster, the Software gets fatter, so in would be very painful (if not impossible) to run XP on a PC made ten years ago - and even if you could, it would be so slow you would not be able to use it for what it was intended for.
-
Radios on the other hand have had the same objective year after year - to contact another person a mile away or thousands of miles away, through the airwaves. So I can take a radio over 50 years old and either talk or use Morse Code to someone just as well as one of the latest rigs off the shelf.
- 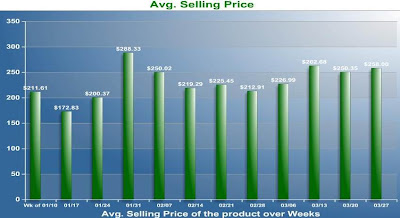 Take a look at the chart above. This is for the Kenwood TS-520, which is mostly solid-state with tube finals (70's era). The price is consistently in the $200 range and would make a nice starter rig. It is Ham band only (no general coverage receiver), but has great audio and is resistant to a higher SWR, one that would shutdown a solid-state rig. 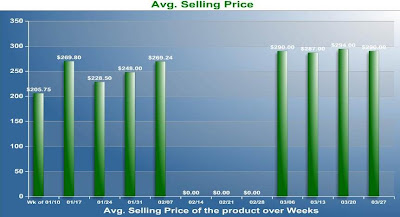 Now the 101 never had a built-in digital readout, but they did offer the YC-601 external readout with big red digits. This was one of my first ham rigs, so I guess I always come back it from now and then......I guess throughout the years I've bought and sold at least a couple dozen. 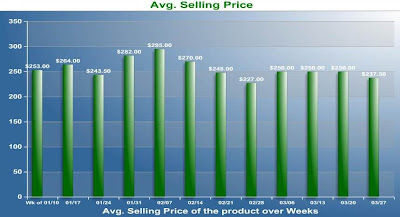 The chart above is for the ICOM IC-730, which is all solid-state and sells in the mid-$200 range. BTW, before I go any further, you can always check on the reliability of this rigs by going to EHAM-REVIEWS which is filled with the opinions of your fellow Amateur Radio Operators. Unlike the Hybrid rigs like the 520 and 101, most solid-state rigs run on 12vdc and require an external power supply, so if you don't happen to have a 12v 20-25amp power supply laying around, you'll have to add that cost to your setup. You can find the ICOM matching power supply, or buy one from another vendor. Usually if you buy one, for instance a Kenwood PS-30 it's plug will fit and work on the Yaesu as well. I believe the same is true for ICOM, but never having done it before, I'm not going to say it will. 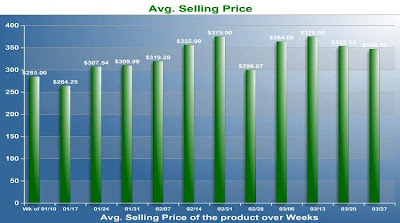 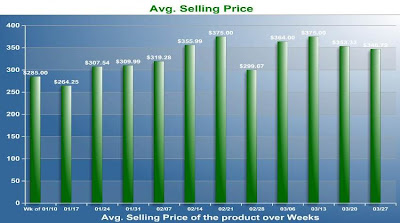 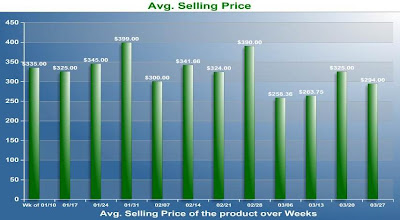 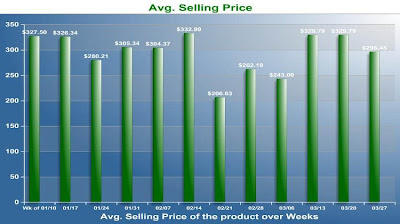 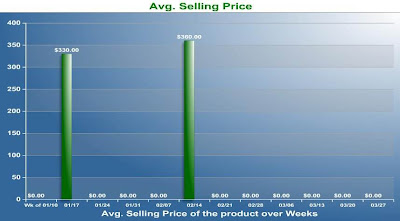 I'm skipping through the years, and there are many other models you could pick, but I had to mention Kenwood's TS-430 and the Yaesu FT-757GX which were breakaway hits because they were a lot smaller compared to a 520 or 101, yet not only did they have the HAM bands, they also had "General Coverage" receivers, for shortwave buffs, and other groups, including some on the 11m band, because by moving a switch or clipping a diode gave you General Coverage TRANSMIT as well. A no-no to do, none-the-less it was done to many rigs.
-
If you made a graph starting from the 50's to 2000, you'd find it looking like a "U", because the oldest rigs are now "Collectors" items (thus pricey) and the newer rigs are somewhat expensive as well. A good example of an older rig being pricey is Heathkit (pick a model, any model) and it can get out of your price range and quite a few others. My first HAM Rig was a Heathkit HW-5400 with matching PS/Spkr and regret selling it because whenever they come up for auction on EBAY, the price expensive!
-
With a little electronic knowledge behind you, it's possible to build your own rig. It may not be pretty, or have all the bands, but you'll learn things via mistakes, come to appreciate what you've done, and after you make your first QSO on it - pat yourself on the back!!
-
So there you have it......something to think about
-
Posted by The Stoner Guy at 3:14 PM No comments: