Posted by The Stoner Guy at 5:28 PM No comments:

Posted by The Stoner Guy at 8:38 AM No comments:

ANOTHER DAY, ANOTHER HAMFEST.... 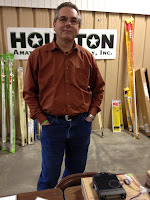 I stopped by the Houston Area Hamfest this morning to visit with my good friend David McCombs, presently the new owner of the "Houston Amateur Radio" store up in Spring. After walking around in circles for awhile I finally found his area (right next to the door I first walked into) and could see that gleam in his eye, he was in his element.
Dave and I go back to the early 80's where eventually he became my "Elmer" and I finally got on HAM Radio. I still haven't made it to his re-designed store, but promised I would. 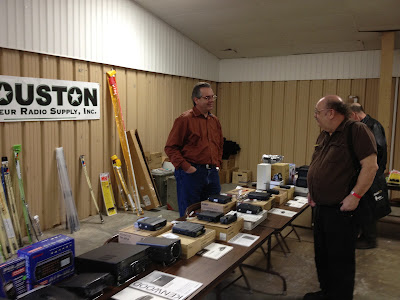 As for the Hamfest itself? Well, I think there was more than a little exaggeration to "The 2nd largest Hamfest in Texas" claim, with many people packing up and leaving when I arrived around 10:30. Of course, I caught up with Steve and he dutifully pestered me to get back on-the-air. It seemed smaller than two years ago when I went down there to upgrade to General, but times are tough, and gasoline prices are high, so all-in-all it was a pretty good event. Hope to see both Dave and Steve up in Belton this April - Woody
Posted by The Stoner Guy at 2:40 PM No comments: