NOTHING ABOUT MUCH
-
I've had quite a few e-mails about the divorce, my website, and my picture change.

ON TO OTTER THINGS

You may be disapointed, but it's not radio related. While back I noticed that there seemed to be a weird coincidence between HAM radio and Photography. I noticed this back when I was working at Compaq (when Compaq was still Compaq and it felt more like a campus than a sweatshop.)

That got me down memory lane. My dad loaned me his rangefinder when I was 13 (just to make sure it wasn't just another way to spend his money), and after awhile, and with the help of his financial resources, and money I had made picking tobbacco, I got my first genuine 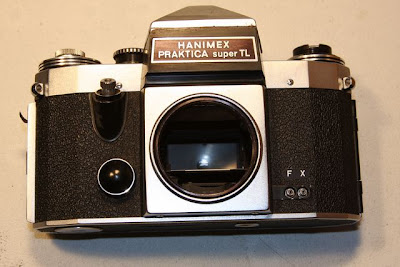 SLR Camera, the Hanimex Practika. It was loud, built like a tank, used screw in lenses and was not very expensive, but I liked it. I took photos of just about everything - and my dad built a darkroom in the basement, so I didn't have to worry about developement costs.

A friend of mine at the time took me over to his house, where his dad had a darkroom too, and his camera preference was the Honeywell Pentax. My friend was not into photography like his dad though. I think I kept the Practika for about a year, and after 12 issues of Popular Photography, my sights were set for a Minolta camera. My choices were the SRT-100, 101, or 102. The 102 had split screen focusing which I like, but I could only afford the 101 after trading in my Hanime 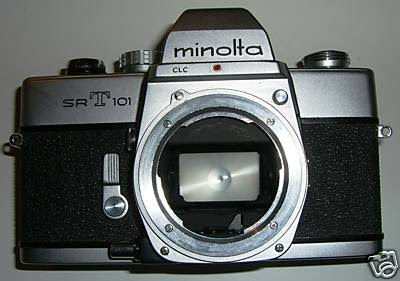 x and some cash. The Minolta line lasted almost two decades, and I never had any complaints. That first 101 was chrome and black, so I added an all black one to my collection, then skipped the 102 for Minolta's challange to Nikon - The Minolta XK. I was hooked on that XK! For the first time I could change screens and there was so much electronic features my head spun around.

I used the XK on two road trips to Southern California, and the pictures were perfect, with many being blown up to 16x20 and framed for gifts or to hang on my o 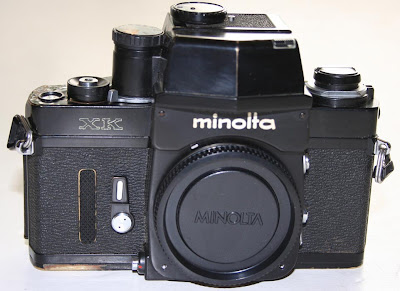 wn walls. But the more I got into it, I found that many accessories and special lenses were hard to find used (much less new) and the new price was just too much. I think I hung around Camera Exchange quite a bit back then (we're now in the 80's). The XK had crapped out with and electronic problem that cost more than I wanted to pay, so I was back with my two 101's.