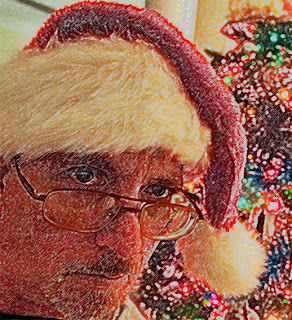 How many times have you received an email from HRO or another company with a BIG sale ($5 off one item, $10 on another)? For one, I guess we all realize that the profit margin is damn slim so it's hard to pull off any great pricing, but I woke this morning to see their Black Friday email in my mailbox and took a look - and I was impressed!

Here are some examples:

Too bad the FT-817ND wasn't on the sale list, but if you were looking for a 1st, or even 2nd dualbander HT, it's hard to go wrong with the FT-60r (time proven, rock solid).

What do you get when you host several websites, many blogs, are married, and work? Me. A person who (while still scratching the head) couldn't find my website or reach it vs. ftp any longer. How long? Dunno...

I received an email last month from a friend who knows my other email address and sent me one saying it wasn't there, and "Had I given it up?" So I leaped into action! (takes about a month these days to work myself up to get ready for a good "leap").

I looked and sure enough it wasn't there, nor a way to reach it via FTP (I figured my index page was corrupt or otherwise missing, which it was, but it ran deeper than that). After four days of emailing back'n forth between me and my host I finally got it straightened out, and a new Index page in place.

Apologies,
Woody﻿
Posted by The Stoner Guy at 8:24 AM

DURING A DISASTER, IT'S ALL ABOUT COMMUNICATIONS


I just finished reading a story about the struggle in the aftermath of "SANDY", to get towers back up, and power to them so wireless communications could be restored. If you think about SANDY, or any past major storm that ripped through a wide swath of towns, cities, and States, then you've probably read something similar after every tragedy. If you look hard enough, and depending on who is in-the-know, you'll also see small to large sized articles about HAM radio operators and the service they provide in times of need. From short range communications, to passing information across the country or around the world to let someone know that their family member survived, Ham radio operators are always on the scene.

Many Hams have taken courses and become storm spotters for SKYWARN, a program of the United States' National Weather Service. They are trained to know how to describe the conditions they are witnessing: 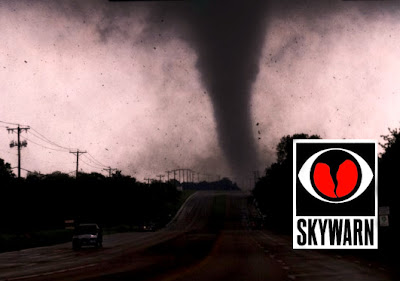 [PHOTO CREDIT - ASSOCIATED PRESS]
Many of these cities have rules prohibiting towers, or outside antennas because they were considered to be ugly by their neighbors - the same neighbors they helped out during and after a Hurricane, Tornado, or other event which made land line phone calls or wireless phones useless. Thanks to the Amateur Radios official organization, the ARRL, some cities have acknowledged the benefits and made exceptions to the regulations.
When looking for a nice neighborhood in Texas to live in, you'll find what they call "Subdivisions" with a variety of enticing names, and a home that meets your need [side note - when I moved down to Texas in the 70's, I had never heard of a "Subdivision" before].
A home that meets your needs unless, you're a HAM (Amateur Radio Operator). Because before you can purchase the house of your dreams you must sign away your rights to put up a tower, much less an outside antenna because it would ruin the appeal of the subdivision, and upset your neighbors. Yet, it may be the perfect house and location for you otherwise. Unfortunately, doing the same regulation changes in a Subdivision are nearly unheard of - after all, you signed the legal agreement to abide by them when you moved in.

Perhaps you have lived in one of these confined neighborhoods for many years and just found out how exciting Ham radio can be, you'll find out in short order about the section in the Subdivision regulations you signed years earlier, prohibiting unsightly objects like towers or outdoor antenna's. You weren't even thinking about Amateur radio at the time you moved there.
I've never investigated it, but I've often wondered if after such a disaster, did anyone help push through changes or modifications to either city or subdivision regulations in order to make communications easier in times like these? If not, it's very sad, yet when Mother Nature unleashes another storm upon them, your neighbor, the Ham, the Amateur Radio operator will be there to help once again.