"Back To Cameras Again"
-
An electronic problem ended my love affair with my Minolta XK, but I still had the others. The year was 1989, and once again I found myself drooling at all the goodies locked up in the brightly lit glass cases.
- 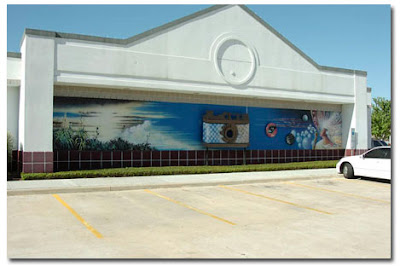 It was like radio heaven, only for cameras. They had [have] new, used,rentals, accessories, and a very knowledgeable staff. My problem was that I was always looking for exotic lenses [used, of course] - especially wide angle lenses.
-
One day I happened to ask about some Minolta lens and of course the sales guy said "Nope, nothing used, but I can order a new one for you". The blood draining from my face, must have been the clue, 'cause as he stared at my bloodless, pasty white face, he said:"I know you've been in here year after year, only to walk out empty handed, so it's time you changed brands"
(SOMEHOW i KNEW THIS WOULD BE EXPENSIVE)
-

He went on to tell me about Nikon's, and how I could walk into practically any camera store in the world, and find a used lens, in the Focal Length I wanted. Not only that, there were bunch-O-bodies of various price ranges that these lenses would fit on. That was the day I became a 35mm Nikon man! I bought a beat up looking but perfectly functional F3, with a 43-86 zoom....."A good start", I thought.
- 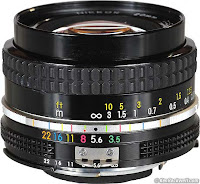 It wasn't long after that the "fever" hit me. I love wide-angle for the outdoors, so my next purchase was a Nikkor 20mm 3.5 lens, and I probably shot 75% of my photo's with it. Next came "Normal" lens (much cheaper), and that kept me happy for awhile and I developed an itch for a 105mm f2.5 semi-telephoto, but razor sharp when it came to pictures!! 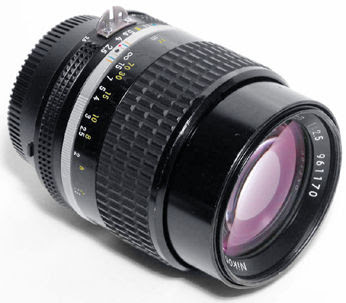 I suppose next to my F3, the FE's were my next-in-line-favorites. I also owned an FM, and FM2, but the guy was right - I could walk into any camera store in whatever state I happened to be in, and fine what I wanted, "used".
-
Woody
-
Posted by The Stoner Guy at 7:58 AM No comments:

"AS I WAS SAYING....."
-
-
Whew! tack on one more cat scan, and the unexpected loss of my left hand (death to two-handed typer's around the globe). It wasn't a stroke, and the last set of tests came back ok, so the neurologist just said "Lets wait six weeks and see if it's any better then". So I've been working on the index finger, and got it to uncurl, so I'm two finger typing now.
-
I haven't been putting off a new post because of the [weeeeeeell maybe a little], just busy, both at work and play. Work seems pissed off because they want some kinda date when I'll be 100%, and with light duty, I have to ask for help on 1 outta 3 calls -as least I'm not doing that 100mi. round trip drive from the old QTH and where I reside now.
-
PLAY?? I saw Cheech and Chong, live, here in Houston on Hallo 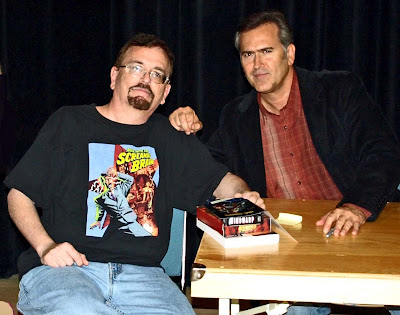 ween night. A few weeks ago, I met THE man, when it comes to sci-fi, humor, and monsters! Any guesses? Geez, if chins could kill, my guess is there are quite a few dead guessers out there. Yes, here's a shot of yours truly with Bruce Campbell - and yes, I saw his newest movie making the rounds: "My Name is Bruce", and it goes without saying it was great. if you don't recognize the shirt I'm wearing, it's from a movie he wrote and directed - "The Man with the Screaming Brain"
-
Sold most of what I bought with my bonus money [rigs], and it was easy to see that people are putting food b4 radios this fall, which explains about our economy to me more than anything else - especially at the give-a-way prices I saw, and had to experience when selling.
- 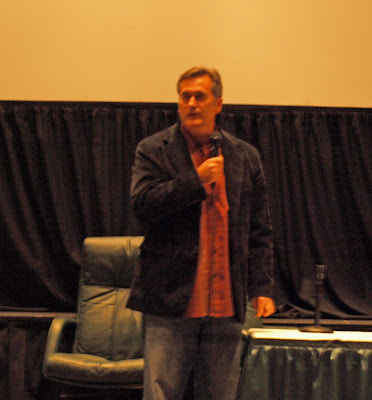 Yep BC likes to do Q &A's with his fans

Divorce coming to a conclusion......makes me wonder what i'll end up with. Still waiting on items, books, camera lenses and bodies I owned pre-marriage, and once again - that's all I have to say about it.........

So, not so bad for limited typing, eh?

Posted by The Stoner Guy at 1:59 PM No comments: