HERE IS THIS MONTHS CROSSWORD PUZZLE

This puzzle is a combination of CB, Ham, and general electronic terms (2-word answers have a space in-between).

Posted by The Stoner Guy at 7:47 AM No comments:

WHY WE REPLACE ELECTROLYTIC CAPS

ALL CAPACITORS ARE CREATED EQUAL. IT'S TIME AND HEAT THAT KILLS 'EM

Many components fail and show nothing-to-the-visible-eye, but more often than not when an electrolytic capacitor is close to failing (or flat out fails) visual clues are left for you to see -

1. You should replace old electrolytic's to avoid or fix various issued you are experiencing

2. Only replace them when they fail


There are two types of electrolytic's: 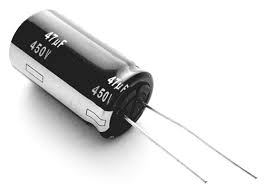 Axial (more expensive, but necessary when there isn't a lot of headroom) 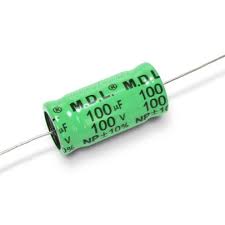 And sometimes there is enough room to replace a bad axial with a radial cap, it just depends on whether or not you have enough room.

If you are planning to replace all the electrolytics you have several options:

1. Pay someone else / or repair shop to do it
2. Do it yourself, full or partial 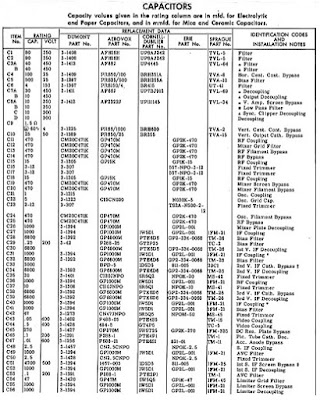 If you plan to do this yourself you'll need a reliable parts list to identify each and every capacitor, and while you could probably get away with only replacing the key electrolytic components (dc power for example), seriously, once it's all taken apart you may do well to get this over with in one shot. With your list of parts in-hand it's time to go shopping for cap's and here is where the plot thickens. Most consensus sez the capacitors made in China suck. They're produced so cheap and are so inexpensive that quality control goes out the window. The capacitor's in your old radio lasted 30-50 years, do you want to temp fate with something less?

Looking at capacitors from US vendors could possibly give you pause due to sticker shock, and it's tempting to try another venue like EBay - but it's buyer beware. When you see anything for sale on EBay and somewhere in the description you read "NOS" (New old stock / new or same) you know that the radio / camera / cassette deck etc. will look great on the shelf, but do you really want to buy NOS electrolytic capacitors, keeping in mind what I just told you in the first paragraph? I tried that route in the beginning and after having some strange results after replacement I began to wonder if it was all ME or was there something else in play working against me? So I bought a inexpensive capacitor meter - and the results floored me, so I bought some from several different EBAY vendors and compared them. Not one LOT was a 100% correct, in fact, I found that only 10-20% of each lot was even close, and those few capacitors weren't even near the +/- tolerances listed by the manufacturer. Some variances were drastic, for example, several 20uf capacitors tested to be over 100uf.


"I'd suggest that you purchase an inexpensive capacitor meter"

Your other option, to buy from a major US component vendor, is fairly expensive so expect sticker shock. I recently went this route and bought in bulk because my project is "bulky". I'm planning to replace the electrolytic capacitors in all of the Turner +3 and Astatic amplified microphones I have laying around that are worthy of the cost/procedure and they number >20. It is still expensive, but considering the $$$ I wasted on EBAY trying to save a buck, the peace of mind is worth it.

So what's a radio Geek to do? Well, you can still try EBA. Not every vendor has old electrolytic capacitors and I'd suggest that you purchase an inexpensive capacitor meter - the one I bought was about $20. Whoa.....I hear some of you are already sounding the alarm about cheap meters, but, I have a "control group" of good capacitors that are right on-the-money and as long as these show their correct values (I re-verify my readings several times while going through a batch) and I feel just fine about not spending a bunch of money just to verify the value of a capacitor. If you only have one or two microphones that you want to restore their IS a vendor on EBAY that sells capacitor kits and he goes by the name Klondikemike, in Canada. I am not his shill. I have bought several kits from him and they have all been dead spot ON. Apparently he is careful about every item in the package and has weeded out anything you wouldn't want - but ask around some of the Internet boards (i.e. Worldwidedx) and you'll get similar kudo's. Canadian-to-US standard post is slow, but HEY - you've waited years to replace these, what's a few extra days? 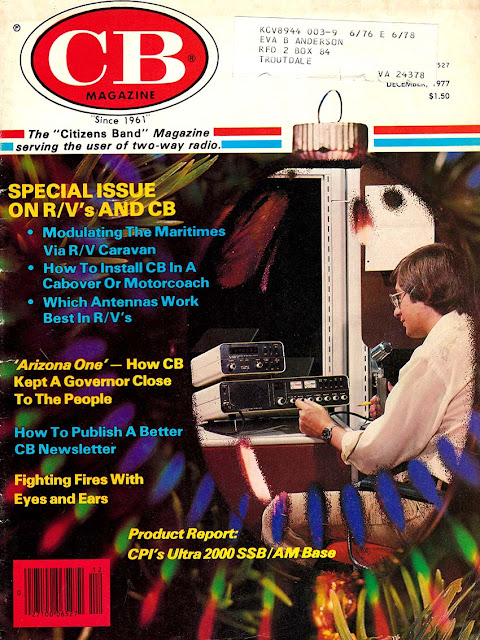 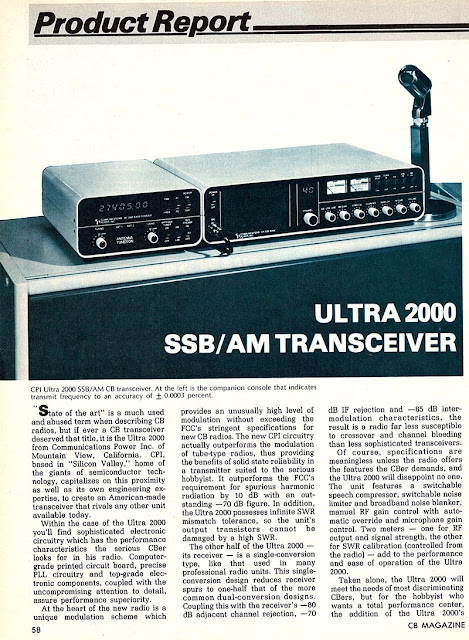 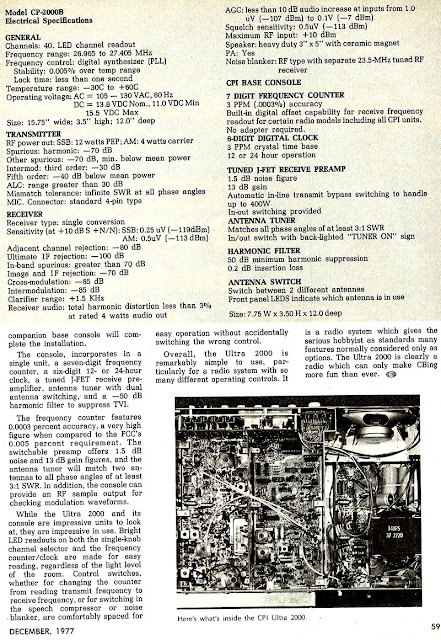 GET READY FOR FIELD DAY!! 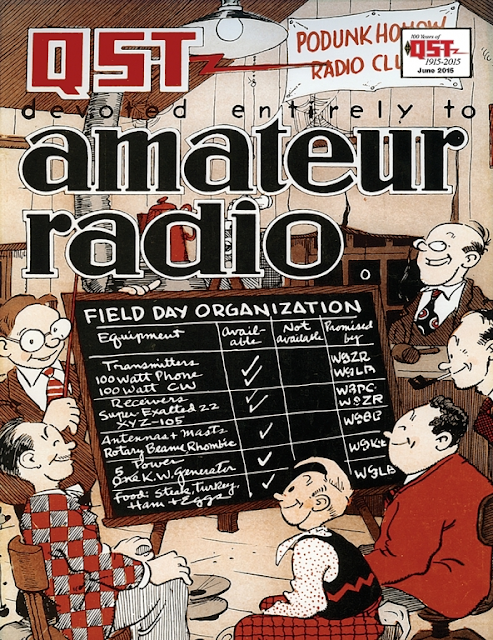 It's almost that time of the year, yes, Field Day is almost upon us (June 27,28). Usually this event is a time when many ham radio clubs go out in the wild, running equipment off everything but electricity from-the-wall.

This year is special though, due to the COVID-19 pandemic that has affected us all. The ARRL has made several wavers with regards to which stations are eligible and you can find those HERE. I hope to hear you on-the-air!

I made my first 80m contact's  last month using a recently acquired F-Loop, made by the Chameleon antenna people. In the 35+ years I've been a ham, this is the 1st time I've ever had a way to get to 80m - and I'm pretty stoked!!

If anyone's been counting, you'll know I have 3 MLA's now:

An HF loop for 7-30MHz, the Chameleon for 80-60m, and finally a MLA for 6 meters (which I've yet to really use). The F-Loop is capable of higher frequencies, but the second loop has to be taken out-of-circuit to do this and it's much easier to just flip a switch on my coax switch box than going through all of that trouble when the upper bands may be silent once I got there.


In the event you are wondering about the small loop, which is hanging on the wall of the shack, it's an old 11m direction-finding MLA (there is a small variable capacitor at the top of the loop).


Yes, I'm "loopy" now, and loving every minute of it. Indoor HF has never been so much fun!

THE PHILMORE 7001, MY "GATEWAY DRUG TO ALL THINGS RADIO" 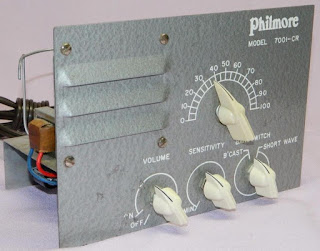 
"CAN YOU HEAR ME NOW?" OR:HOW FAR CAN A LAWNMOWER GO?

That wraps it up for the first posting of June, 2020. Stay safe, healthy, and...Radio-active!!

I'm working on some articles that have taken too much time to write/correct/re-write as well, there have been many days with high pressure domes (plenty of dx to chase), so I was distracted. Here are a few videos to watch while I toil (and play)...

A multimode SSB CB radio makes sense over an AM / FM


Recently I added a scan of a 1974 Henshaws catalog and the link is on the right-side of the blog under "Woody's Favorite Links". I'll have additional links to ad in the near future. Lastly, I've finally updated most of the audio files (upper right) - enjoy.