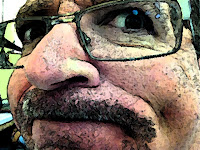 
WHAT IS RF?
RF stands for “Radio Frequency”, which is used by AM/FM radio stations, Citizens Band radio operators, the Military, HAM radio operators – and YOU! It is a wireless electromagnetic signal which is commonly used for communications of one sort or the other. In the case of a broadcast or two-way radio communications just having a signal is not enough. A transmitter takes your voice (for example) and through a process within the circuitry adds that audio (modulation) to the signal and sends it out.

At the other end, the Receiver is designed to receive the modulated signal, and separate the two so that only audio comes through the speaker. Once again, this is part of a receivers circuitry. Depending on how high or low the frequency is will vary the distance that signal will carry. Usually, the higher up in frequency you go, the more line-of-sight your signal will be (without any special accessories, etc).

[The 2 most common types of transmission are AM and FM. AM (Amplitude Modulation) modulates the carrier, whereas FM (Frequency Modulation) modulates the frequency]
Some of you are old enough to remember modems, and having to wait days to download a file from what was called a “BBS”, as it traveled over the phone wires. If you look at the word “modem” you’ll see that it was called that because it is a Modulator/Demodulator (similar to a two-way radio transceiver), and enough about history and definitions. I just wanted to give a brief description on RF signals because you use them every day, and here are some examples:


I’ll stop there, although I could come up with other everyday items given more time and thought. I’m sure that by now you’ve realized that RF signals are necessary for any RF wireless device to work, and while invisible to the eye, they are all around us wherever we go.


COMPUTERS AND RF
Early wireless routers used the 2.4GHz frequencies and usually you had a choice of 11 channels (really 3 non-overlapping channels) to choose from to avoid interference from a close neighbor using the same channel you were on. The frequency range is what you call “Near Microwave” and is very crowded. You’re sharing it newer cordless phones in your house, amongst other devices.

For several years now, Dual-band wireless routers have been on the market. One band remains at 2.4GHz for compatibility. The 2nd band operates in the 5GHz range, often referred to as part of the Microwave Spectrum. Wireless routers with 5GHz capabilities offer more than double the amount of channels to choose from (23 of which are non-overlapping). It’s like a BIG wide freeway compared to the 2.4GHz band.


At 2.4GHz you will achieve a greater signal range, but it’s narrow and crowded. For everyday Internet activities it’s fine though. A 5GHz band signal, while BIG and WIDE, will not be able to travel as far as a 2.4GHz device (remember, the higher the frequency the shorter the range). But because it’s so expansive, it makes the perfect band for streaming video in your house, along with less clutter and crowding. Another distinction is that 2.4GHz supports 802.11B,G, and N, while 5GHz (at this time) only supports “N” (and, I believe the new 802.11ac standard). Also, most wireless computers and tablets are not dual-band so a USB dual-band adapter will be required to take advantage of the 5GHz band.

Every install has its own set of variables: How many other wireless devices are in the house, placement of the router, the number of walls the signal has to go through to reach a desired location in the house, so it’s not just simply a matter of configuring the wireless router, plugging it into the modem and getting full coverage everywhere. Within the next 2 years we will see big changes in regard to Wi-Fi, and as always - radio communications! 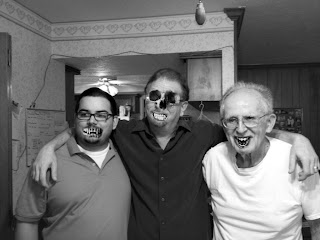 
I've moved the movie poll to another one of my Blogs, which you can find HERE. This year I went all out and via 3 side bars (Tabs), this year's choices are the biggest! The list starts in the early 1900 silent era and ends in 2011. I know I missed some, so I'm sorry if one of your favorites isn't on the list.