CURIOUS THINGS
-
So many things show up on EBAY that are definitely oddities - like this Turner Sidekick lamp pictured at the right. I don't know about you, but it looks kinda weird to me (considering the slant of the microphone neck). I've seen the D-104 lamp (even bought one) and it looks natural AND cool.
- 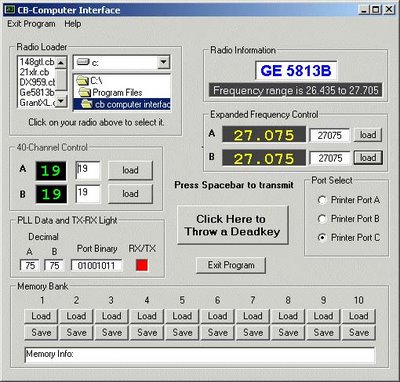 Interesting...I have no experience with it, but you can check out the EBAY Auction HERE. 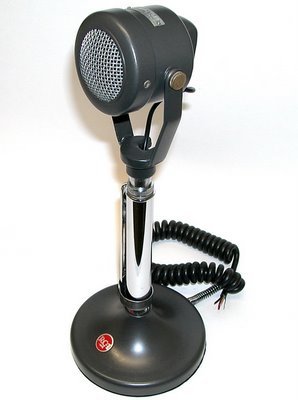 Here is another curious item, part Turner, part Astatic, and with an RCA emblem to boot!

It looks cool to me, but kinda expensive. Nonetheless, if I had the $$$ I'd probably put one on the shelf just to confuse visitors! Here's his auction. 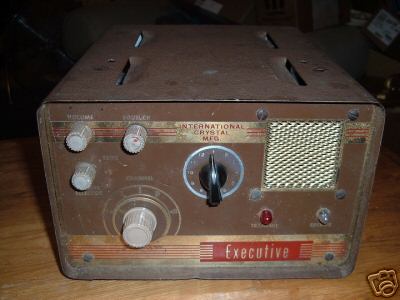 One can only say "Ouch" when a rig pops up forsale looking like this, and maybe this was actually used as a "Boat Anchor", but it is a sad end for an Executive... 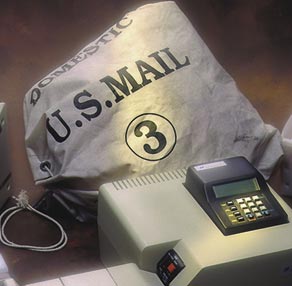 JOSE MARTINEZ sent a spec sheet for the PC-122XL which I'll get on the website - Tnx Jose!

BILL GRASSA sent me several e-mails (long time no talk Bill!), and he has a new website. If you're not familiar with Bill, he was a writer for Secret CB, S9, as well as working with various manufacturers.

In an earlier e-mail, Bill told me about 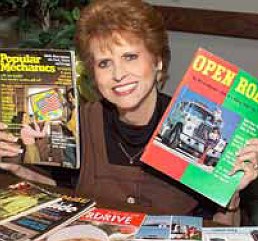 about a woman (Ava Pearson) who also works at Lockheed,and was on many CB, and off road magazine covers...it truly is a small world when it comes to CB Radio!

SHERMAN LUTEN sent in a link to another Stoner site which has an audio clip to listen to via a Stoner Pro40 - Thanks Sherman!

STEVE wrote in to say: "Thanks for the great site, it was fun to relive the good old daze. Just one question. Is there an answer page to the crossword? I got most of it but have given up. Thanks, Steve

[Ed. - Tnx for writing in Steve! I'm still looking for the answer html for that particular crossword, but if I don't find it soon I'll just fill it out and e-mail the answers to ya!]