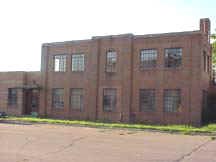 Edgar F. Johnson was born in 1899, earned a degree in engineering, and with his wife Ethel, created the E.F. Johnson company in Waseca, Minnesota. They started off by selling (mail order) radio transmitting parts to HAM radio operators and some commercial broadcast stations. EFJ went from selling mail order parts, to manufacturing parts, progressing to manufacturing complete radios. The year was 1923. His first brush with electronics came when he and his half-brother strung up some wire for morse code telegraphy, and finished college in 1921 with a degree in electrical engineering, and it was while he was a student where he met his wife-to-be.
-
In 1924 his brothers joined as partners and their company manufactured every part used in their product (they even printed their own catalogs). Edgar was known as a perfectionist, and would not put his name to a product until he felt it was perfect, yet at the same time, he was

fair to employee's, and even in those early days, unlike other corporations, he did not pigeon-hole women into secretary only positions.
-
It was also in 1924 that he setup a large speaker outside their store and broadcast the 1924 "World Series" - a special treat for most folks who did not own a radio receiver. In 1936 they built their first factory, and by the end of WWII, they had over 500 employees (many women).
- 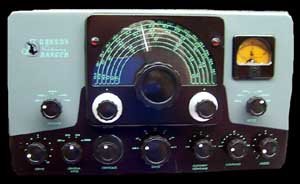 Gradually, the company began to sell kits to ham radio operators, and when requests came in for pre-built rigs, employee's would take the kits home and build them (they would get some sort of monetary bonus for this). Having gained experience during the war, the E.F. Johnson Co. setup an assembly line and produced the Viking 1 - their first transmitter! 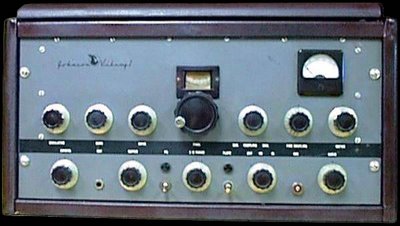 E.F. Johnson "Viking"
-
The "Viking" name came from Edgars desire to honor his Scandinavian heritage. The Viking line was an instant hit with buyers because of it's q

uality - thanks to his nature of being a perfectionist, as well as the graphics that went along with it.
-
Of course, EFJ made more than just Transmitters (after all, a good match w 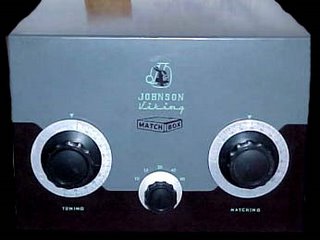 as required to make use of all that power), thus came the E.F. Johnson "Match Box", a tuner that was also available in a 1KW version.
-
When the Citizens Band Radio Service became a reality, Edgar used the same perfection in his CB rigs as he did w 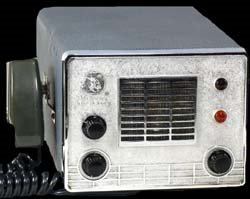 ith any other.
-
His first Base/Mobile radio was simply called the "Messenger", which wasn't fancy by any means, but the E.F. Johnson quality was inside, which accounts for how many have survived and continue to work even to this day!
- 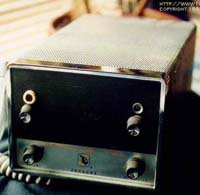 The successor to the "Messenger" was appropriately name the E.F. Johnson "Messenger II", and while the "BOX" is basically the same, you can see a distinct change in the cosmetics - in other words, the Messenger II was a smart looking rig. The "Messenger" stood for so much, during several decades that one last Messenger sits on display at the Smithsonian!
-

As the CB market continued to explode, many manufacturers, when faced with transistor rigs as competition chose to go overseas and have a Japanese company manufacture the radio, then slap the US company logo on it, but not E.F. Johnson.

E.F. JOHNSON MESSENGER 123A
-
But even into the 70's, radios like the "Messenger 123A" were still made in the U.S.A. proving that an American company could: 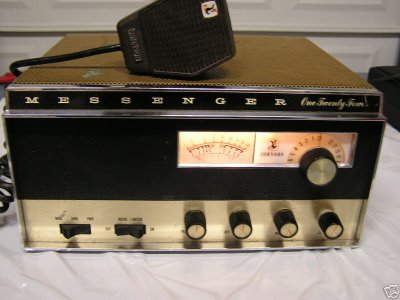 Nonetheless, the flood from Japanese CB's took their toll on American CB Manufacturer's and in August of 1977, the E.F. Johnson company asked the International Trade Commission to increase tariffs or impose quotas to cut what it saw as an "excessive number" of CB's coming into the US from Japan and other countries. Perhaps they were too late in their request, or, maybe Edgar saw the writing on the wall - whatever the case may be, 3 months later in Novemeber of 1977, the company announced it's plans to close one of it's two Citizens Band radio manufacturing plants. 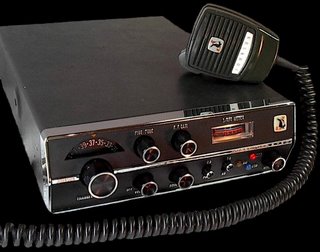 With Citizens Band on the decline, and with the rise in use of Cell phones, Johnson accepted a merger with Western Union in 1982, and in 1997 the E.F. Johnson Company was told the Nebraska based Transcrypt International, Inc.

Of other note, in E.F. Johnson v. Uniden Corp. of America, a preliminary injunction was issued against Uniden for alleged infringing E.F. Johnson's program for 2-way trunked mobile radio system by reverse engineering the EPROM.

(Johnson also made a "6N2 Thunderbolt." 5 watts SSB/DSB in got you 1200W to the finals in class AB1, and six watts CW got you a happy kW of class C input on your favorite weak signal channel.)

Edgar passed away in 1999 of cancer, and his wife followed a scant 2 months later, but they both left a legacy of Innovation and Quality (many rigs, both HAM and CB, are still working).

*NOTE: As I mentioned in a previous article ("Meat and Potato Rigs Part One") my favorite SSB rig was the E.F. Johnson 352. In the late 80's, when I decided that I wanted to collect CB's, this one was first on my list, but even as hard as I looked, I never found one at either a large hamfest or a small tailgate sale.

In the early 90's I discovered a network of CB "Broker's", that had a list of rigs that were available, the condition they were in and a starting price. The two biggest were Bob in California and Charlie in Maine. Charlie had numerous contacts and as a rule, never actually saw the rig in question - he was the middle man, the "Broker".

You would talk to Charlie, and ONLY Charlie, and when it became a "Done Deal", you'd send the money to Charlie; Charlie would keep his portion and send the rest to the actual seller, and then the seller would ship directly to you. This is how I was able to obtain the Viking 352 I'd been searching for...for so long. I believe the price was about $160, but I had it at last!

Eventually, by word of mouth, your name would get around and other Brokers would call you out of the blue. The prices were high, and you couldn't see a picture of the rig before the sale, but it was the best thing going pre-Ebay.