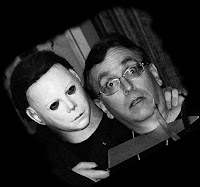 I intended to have this posted yesterday but we didn't quite finish watching our top 20 "Scary movie picks", but November 2nd is only one day later. Halloween night was a lot of fun and we already had pre-planned costumes ready-to-go!
-
It's

one of the few nights where you can go out in costume without anyone really freaking out, or pointing with funny looks on their face. We went out to a nice place to eat (in costume) and ran across a variety of people who also were in costume. It seemed very normal.
-
I had to wash my white lab coat (seen in various videos over the years) for my part. At first glance one might think I was just dressed as a normal scientist (if there is such a beast). But when they looked closer at my badge, they realized I was more Science-Fiction, than Science! 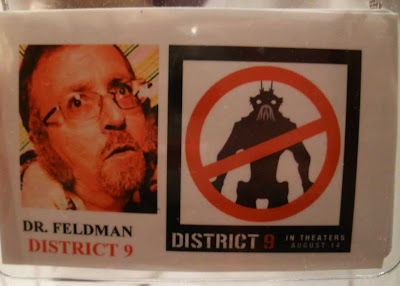 I was a scientist from the movie "DISTRICT 9", which was one of my favorite movie picks this year. I guess I threw the waitress a curve ball though when I asked if "Prawns" were in season. 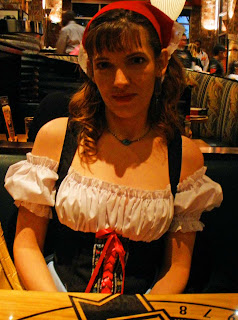 Robin looked marvelous in her beer maiden costume (which is Waaaaay better than any Iron Maiden costume some nut might think of).
-
And that, was our Halloween - 73, Woody
-
Posted by The Stoner Guy at 12:26 PM