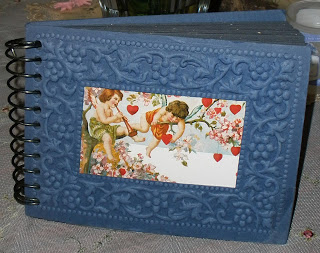 -
Before anyone starts chidding in about the cheap e-card, I also gave her some flowers, and they smelled great - and yes, 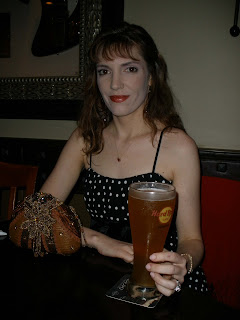 Robin liked them. Plans for the movie didn't work out as she didn't get here 'til later, but she did bring one of those pizza-pizza $5 pizzas and that can last up to 3, maybe 4 days.

- Robin waiting for the opera...

Sunday when we got together, we went to see a comedy, knowing Friday-the-13th would still be lurking in theatres for at least another week, and being the BIG spender I am, we stopped by McDonalds for a couple crispy chicken bacon ranch salads (If you haven't tried on yet, it might be worth it 'cause they taste great).
-
And of course, no apparent DX. I think I'll have to check that antenna connection again, in between going through the boxes of my stuff from work that (many) were packed like crap (I had pictures everywhere). Then there's looking into un-employment insurance, a doctors appointment, calling the the front office about that garbage disposal unit again, oh my gosh, more work than an unemployed fellow can handle!!
-
Until the next post -
73
Woody
0
Posted by The Stoner Guy at 9:09 AM