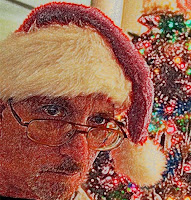 With only one week to go before Christmas I'll remind all of the radiated readership about not throwing away your radio box!
-
Have you ever forgotten about "THE BOX"? Not your plain, every day cardboard box, but the one that is stamped with Kenwood, Yaesu, or Stoner? Typically most people wouldn't be concerned about such boxes - unless (of course), they're radio people, yet most radio people when buying a toaster, router, waffle iron, etc. will not think twice about tossing these boxes, only because no one has placed a value on them - yet.
-
We, as radio connoisseurs know that the radio box has a value because we are - "connoisseurs". for the unenlightened let's say you are walking down the street and happen upon two Hobo ham's. Each Hobo has the identical radio, in the identical condition with them for sale. Hobo No.1 keeps his radio and it's accessories in a large shoe box, while Hobo No.2 has his rig packed in that factory cardboard box with all the trimmings (Styrofoam, manual, unused warranty card). This would pose as quite the dilemma in two ways:

It's a tough call (especially when dealing with RF Radiated Hobo's). Now take this to Ebay, and 8 out of 10 times you'll see the guy who kept his original box (no matter how many decades old) get up to $100 more for the same exact thing. Pity the fellow who only has the manual on CD as well, because the rig is more valuable with it's original paper manual. It's gotten to the point where you'll see someone selling a (example) Kenwood TS-830 Box. Just the box and foamy innards. And they may get $50 for it.

So my friends, when your storage runneth tight, and your XYL is saying "Why do you keep this old Kenwood box around?", stay strong and keep your smile hidden in the darkness of the night, because YOU know what you're doing........
-