A TALE OF 3 JOHNSON'S
Of course we all know that the first CB's were AM, followed by DSB, then SSB. The E.F. Johnson company (which were hugely popular with their Messenger and Viking lines) was one of the first companies to dabble in Single-Sideband in the sixties.
Their first entry into this field was the legendary model 350, a.k.a. - the "Johnnie". It was a simple transceiver with only 2 crystal controlled channels and didn't catch on all that well, because AMer's ruled the roost!
Fast forward to 1976 and once again E.F.J. came out with another SSB mobile, the Viking 352. This was a slick, no frills rig that seemed to call out to you and say "BUY ME". Of course, I answered that call, bought one, and it remains one of my favorite sideband rigs of all time. 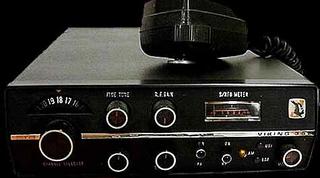 I skipped lunches, I pass on the latest STYX album, I saved my money so I could fork out the $400 this rig commanded. And I clearly remember the advertising/reviews stating "E.F. Johnson re-enters the SSB market". Later of course, when the 40 channel rigs came out, E.F.J. offered 2 other models, strangely enough - mobiles as well (Why they didn't market a base station with SSB is beyond me).

So, for all of these years I thought EFJ only produced 2 SSB mobiles in those early years....until just recently. A few weeks ago I was perusing the newest listings on EBAY when I saw an auction for a Johnson 351 SSB mobile. "This had to be a typo" I thought, but when I saw the picture I realized the 351 was truly another 23ch SSB mobile.

Naturally, I had to buy it, and maybe I've had my head in the sand, but I would classify this rig as a rare one. If you've seen these around drop me an e-mail and I'll re-classify it, but I don't think too many of these were manufactured.