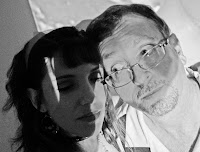 Labor Day weekend was great, and I hope you had the same, but before I get into our little excursion, let's open the "MAILBAG" -
-
PHIL WRITES:
=
Hello Mr Brian,
The happier days of my life were lived through CB. All the friends I met, the CB Breaks,
the Benefits. Ratchet Jawing through the night, copying the mail, Friends like Snuff & Buzzy. My question is now that the fad of CB has died down I would imagine its more like the ole days. Do people still use CB and are there any CB clubs in the New Orleans Area,
and is the new equipment good.

To a certain extent the band has gone back to the old days. It certainly is quiet without Sunspots which are great for local-long distance QSO’s. When the band is dead, it will seem like there is no one except truckers on the airwaves, and they tend to use channels all over the band, so if you live near a freeway, bleedover would be an issue. Finding someone to talk to during a no-sunspot cycle can be challenging, but there are folks out there every day. Where I’m at, there’s a group of guys who use AM, but mainly in the early morning (4a.m. – 9a.m.), and another group on SSB that operates the same morning hours, but usually can be heard every night, but later (10-12a.m.), However, when some Tropospheric ducting occurs, opening up some short range skip (500-1500 miles), it’s like they come out of the woodwork and every channel is packed.

In you area, the last time I passed through it was late at night and I heard a local crowd talking (if memory serves me right) on channel 40 LSB. There may be some on AM but I didn’t hear anything at that time. Old CBer’s never die – they pack up their stuff and every 5-10 years or so pull it out when they get nostalgic. If you have some nostalgic buddies w/o equipment I’ll bet that it wouldn’t be hard to talk them into getting back on the air. CB clubs still exist, and I’ve heard of CB Breaks and Jamboree’s happening but there aren’t many across the U.S.

Your last question can cause quite a stir whether it be over-the-air, or on an Internet CB message site, but I’ll give you the answer I’ve been saying for over 15 years now – Most of the new rigs (Chinese junk) aren’t very reliable. I usually use older gear, purchased locally or off EBay. I have two mobile rigs, an E.F. Johnson 4740 AM/SSB rig; the other being a Cobra 138XLR Am/SSB transceiver. Other rigs that have stood the test of time and are (in my opinion) better are:

And you’ll find some nice AM Tube rigs that are either restored or close-to-new from the sixties (but expect to pay a hefty price) as well.

You’ll probably remember which ones were good back in those days, and which ones to stay away from. On one of my Blog posts this week, I’ll post your question and see if anyone knows where the activity is in your area. And when that ‘ducting occurs, who knows, I might hear ya on their as New Orleans comes in quite frequently.

Thanks for writing, hope your Labor Day weekend went well!

Regards,
Woody
P.S. - IF ANYONE IS FAMILIAR WITH ANY CB GROUPS OR FREQUENCIES USED IN THE NEW ORLEANS AREA, EMAIL ME AND I'LL GET THE WORD BACK TO PHIL...
-
ALAIN WRITES-
-
Hello I have a question for you !

Who or what manufacturer's made the CB's for JC Penney's

They had a couple different Mfg’s that made equipment for them, one of them being Cybernet. They made similar transceivers for Sears and Radio Shack to name a few. All three of them have similar 23 channel mobiles with a built-in power supply as well.

Regards,
Woody
-
AND NOW, THE REST OF THE STORY
- 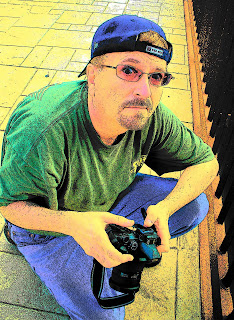 While driving around, in between looking for a job, I'd spotted some interesting spots where I wanted to go back and take some pictures of them. I was hoping, and waiting for an overcast day so that the light would be evenly distributed, but it was not to be. Sunday, it rained cats'n dogs and then suddenly quit. Within 30 minutes the sky was fairly clear and as you can imagine, humidity was off-the-scale!
- 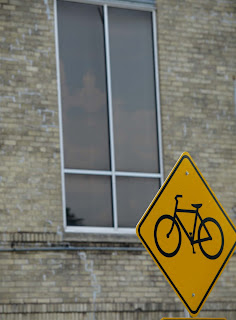 I could have easily blown it off and waited for optimum conditions but thanks to Robin, I got pumped up again and it wasn't very long before we were on the road - our destination was only a few miles away. My subjects 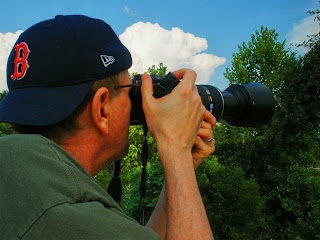 were my favorite to take - curious buildings (see photo at right), landscape, etc. with Robin being the one exception (after all, who wouldn't want to photograph this beautiful woman?) 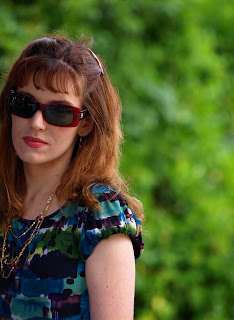 YEP, SHE'S BEAUTIFUL ALRIGHT!!
Today's photography allows you to do things easily that 15 years ago took a lot of time. For instance this picture on the right. It's nothing special, and frankly, most people would have either deleted it or not taken it at all - but I had a feeling that there was more than met the eye. So I snapped it the way I wanted it to look and didn't give it another thought until I brought it into ADOBE Photoshop Elements.
-
I could see that it looked just like I shot it - an old building (The old Imperial Sugar building in Sugar Land) with a bicycle lane sign posted at the side of the road. The windows were dark, with the slightest reflection of the sky (Photo, above/right). I went to work.... 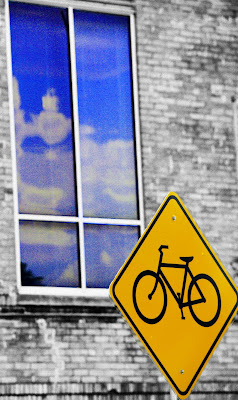 Here is the same picture, after a multitude of filtering and adjustments. My first step was to convert it to black and white (the easy part), next, I wanted some color in the foreground, and finally, I wanted to bring that reflection of the sky out as best as possible. It won't be long before I print and frame it, but this is just one example why you shouldn't delete your photo's because you never know what you can get out of a plain shot! CAMERA: Olympus LENS: 500mm f2.8 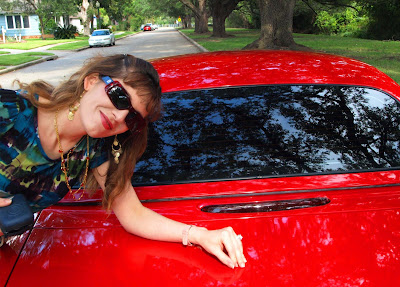 PLANNED PHOTOS ARE GREAT, BUT THOSE SPUR-OF-THE-MOMENT SHOTS ARE TOO

So ends my report on our Labor Day weekend. We're now into September and by the end of the month - yes, the end will finally come
-
73
-
WOODY
-
Posted by The Stoner Guy at 4:42 PM