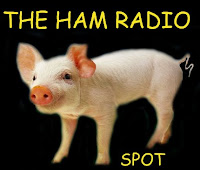 I've always been a walkie-talkie/HT kinda guy and although I prefer alarger unit (the FT-530 was PERFECT), I was on a bit of a tightbudget, so when I saw this new model FT-60R for under $200, I had togive it a try! This little bugger is a dual-band (VHF/UHF) handheld with extended rxcapabilities, in a small, yet heavy duty housing. Some of the featuresare: New Emergency Automatic

ID system; Large LCD readout, over1000 memories, Ten memory banks, 5 watt output, NOAA WX Alertscan, 2 front panel programmable keys, and last but not least, what Iconsidered the final selling point - it came with a nice long-life 7.2V/1400mAh Metal-nickel Hydride battery, as opposed to the others I looked at (including the Icom IC-W32) which came with the lowly NiCad.THE LOWDOWN
The FT-60R was very easy to program! From the time I opened the
manual until I was finished setting up my local frequencies, only 20 minutes had gone by. The handheld has a nice feel to it when its in your hand (to coin a phrase: "It fit like a glove"). The display could have been a bit brighter, but still it was easy to see. When you first turn the unit "on" it display's the batteries current voltage (nice). Received audio through the little tiny speaker was "okay", and if I left it on and set it on the shelf near my desk to monitor, I would turn up the volume a bit and the spkr would start to vibrate. I suppose this was due to the small size of the handheld. To my surprise, the Yaesu FT-60R is made in China, something I'm not happy with, but time will tell how well this guy was made (i'll keep you posted). [ed. - and say yer prayers at night that the HF rigs don't go that way! -nuff said]
If you are in the market for a dualband HT, the FT-60R really seems to make sense for the budget minded HAM because you don't have to run out and purchase a better battery - it's already there! For other comments check out E-Ham Reviews to see what others have to say about it, and of course.....I'll keep ya updated should something happen. UPDATE:2009 - I've bought and sold many of this fine little HT's and never had an issue with even one of them. Their price (NEW) is still just below $190, and they can take a lickin and keep on tick'n. 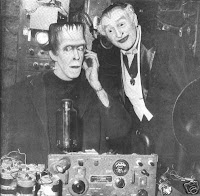 WAS IT OR WASN'T IT DEPT. 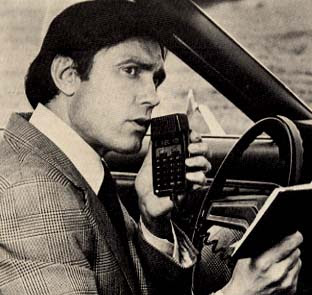 In 2001, I wrote about this unique T.I. CB, and wondered if anyone had ever seen or owned one. I never got a reply from someone who did. So:
TEXAS INSTRUMENTS, the Calculator/IC manufacturer was supposed to introduce a new CB in the late 70's (1977/78), model number SM-172/mobile SM-173/Base. This was a unique radio: Remote mount with all the controls in the mike-head. "Hey" you exclaim, "There's nothing unique about that". This is true my friends, but this is the only one 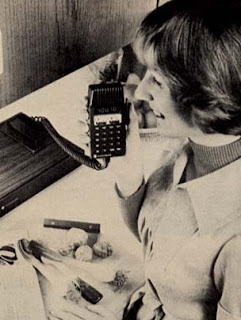 I know of that was AM AND SSB! The other interesting feature was the "Auto-Tune" clarifier. TI said that it would auto tune your SSB signals for you and maybe that's why I don't recall seeing more than just a picture of one (How in the world would is determine which SSB signal you wanted clarified?). If you remember those first handheld TI calculators with the little red LED display then you recognise the "look" of this am-ssb-in-the-mike rig. If anyone actually OWNS one, send me an e-mail with some photo's and your comments!