THE PROBLEM WITH UNEDUCATED SELLERS
AND TIMID BUYERS

The problem with uneducated sellers is that they don't really know what they're doing. They may advertise a radio as working, when in actuality it was never tested (ed. - go figure). When buying equipment from an estate they may sell the factory matched desk microphone weeks before the sale of the transceiver, leaving the potential buyer in the precarious position of buying an untested transceiver and getting a microphone that may or may not be appropriate for that rig, with the soothing words of "Well, the connector fits......". 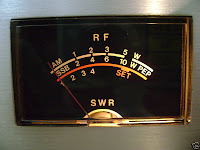 If I've seen it once, I've seen it a hundred times (or more). Why the seller doesn't just come right out an say "I don't know anything about this equipment, so it's as-is", is beyond me. It would at the least, be honest. Then the buyer can make a decision that is based on the truth of the seller, and his own desire for the rig, thus leaving the buyer blameless.

Unfortunately we live in the real world, and a seller's greed overrides the truth. There is a Buyer's responsibility as well however (ed. - when entering into a buy/sell agreement it is a two-way street), and the buyer has to ask some hard questions like:

And I'm sure there are some other questions I missed, but you get the idea, just because it looks good doesn't mean it is good. I know that when I test a rig I like to leave it "on" for several days just to see if anything turns up after a period of time. A quick power on/power off doesn't say much.

Mobiles are even harder. If a seller states that they don't know anything abo 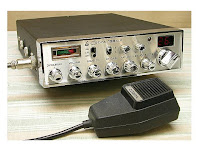 ut this type of equipment (they just bought it at an estate sale) and yet claims it is working, I often wonder: "Did they really hook this mobile up to a car battery or power supply to test this?"

If you asked just half of those questions you're doing good, but many buyer's are timid and afraid to ask any questions - instead, they settle for taking the word of the person selling the item, and that my friends, can be risky.....