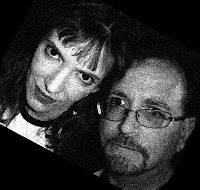 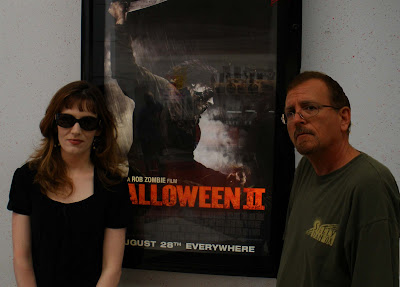 ONCE AGAIN WE VENTURE OUT, INTO "MOVIELAND"

Despite its commercial success and fairly good reviews, Rob Zombie was never really happy with his 2007 remake of the classic film. Now he's taking another stab at it, figuratively speaking. Rob Zombie's Halloween II begins moments after the first installment ended. That, however, is where the similarities to Carpenter's sequel ends. Zombie has repeatedly emphasized that he was not interested in a "remake" of Halloween II. He always intended for his version to be different. And so naturally, it is. But for those familiar with Zombie's style of filmaking, there aren't many surprises here. This is very much a Rob Zombie film. For some, that's a good thing. For others, maybe not so much. 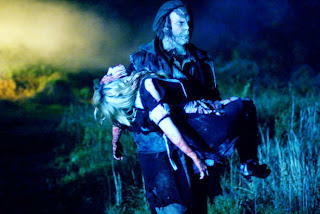 Yes, Michael is still an unstoppable killing machine. The main difference is that he really just wants to be reunited with his family again, and his dead mother often appears to assure him that family bliss is indeed coming. In the meantime though, she just wants him to have some fun. And that means slicing and dicing whoever crosses his path. The addition of these surreal dream sequences is intended to make Michael more human, and they are fun to watch. A particularly engaging one involves characters Zombie termed "The Lords of Halloween". In reality though, we don't get much closer to knowing anything about the mysterious murderer. 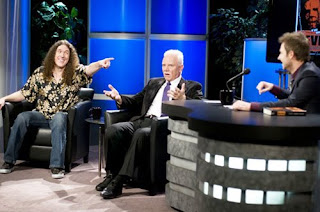 Dr. Loomis gets his dues, but not before Weird Al has his fun with him

Other characters have also been updated. Laurie has become a disturbed, nihlistic mess with some horrific visions of her own. In a recent Fangoria interview, Zombie stated that his intent was to show that insanity runs in the Myers family. And Dr. Loomis is now a self-promoting publicity hound who's seemingly only concerned with fame and fortune. Still, despite the addition of these new elements to the Halloween franchise, not much feels fresh and original here.
That does not mean that Halloween II is a bad movie, at least not for horror fans. It entertains with some powerful visual scenes, injects a little humor with its music and film-culture references, and certainly delivers on the gore. Its amusing to note that in the previously mentioned Fangoria article, team Zombie claims that they weren't looking to make a gory film. "It's not gory, but its shocking," said FX creator Wayne Toth. Well, Wayne, that may come as a surprise to many viewers. But still, hardcore horror fans have probably seen worse.

As for Michael himself, played once again by wrestler-turned-actor Tyler Mane, his presence is certainly menacing. He even gets to go sans mask for part of the film. Of course, being menacing is about all Michael can do without ever uttering a single word. In that sense, Mane does it about as well as anyone I suppose. And after having the chance to meet him personally at a convention earlier this year, I can certainly say that I wouldn't want to see him heading my way with a butcher knife.

Woody Sez: The biggest problem I had with this film was the dead mother, little Michael, and a white Unicorn following him around - other wise (with the exception of some real TMM's) it was horrific, as a "HORROR" film should be - 'Nuff Said. 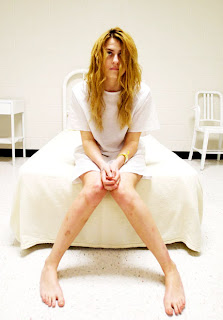 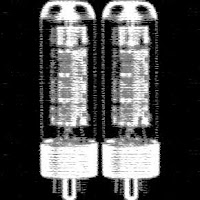