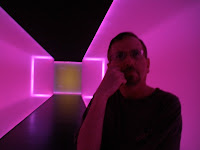 
It was a quiet weekend on the airwaves in my neck of the woods, but it was hopping with activity of the non-radio type!! It was Robin's Birthday and a friend of hers got her two tickets to see "The Crucible of Blood" play at the Alley Theatre, and my brother Glenn surprised us with tickets (the very next night) to see "Phantom of the Opera". Squeezed in between that was a visit to the museum of fine art. 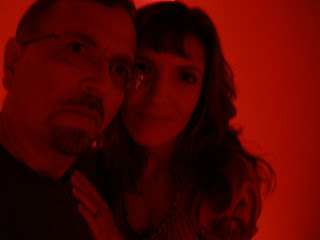 There were many fine paintings to view at the Museum, and while we were told that some areas were off limits for picture taking, imagine our surprise when a guard said "NO POSING BY THE PAINTING FOR A PICTURE". We're not sure what problem it presents by having 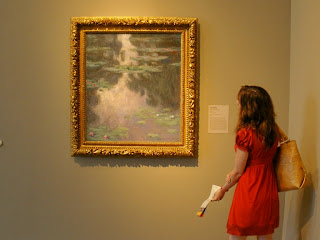 someone stand by a painting for a picture to be taken (in an area where you're allowed to take pictures), but apparently it's a problem to someone.


The Sherlock Holmes play was very good, with just the right amount of humor. The guy who played Holmes seemed much like a certain character on the "Big Bang Theory" television show (if you haven't seen it - you ought to). 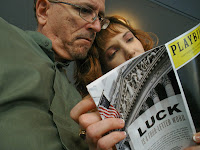 And "Phantom of the Opera" was very elaborate and well done. We enjoyed it, but not as much as we could have. Behind us sat an older woman who loved to narrate out loud to the other people she was with, and it wasn't even close to a whisper.

Not to be outdone, one column to our left, some woman coughed through most of the first half (I believe that she did in fact, hack up one of her lungs). But it was still very enjoyable - Thanks Bro!

Radio Daze: Nada. No Sunspot activity
Hope you had as good of a time as we did!