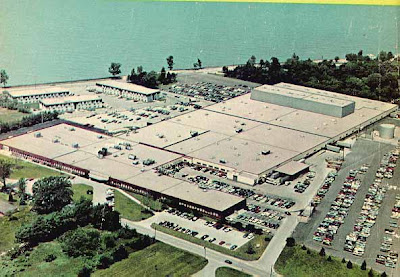 Growing up with radio in the 60's and 70's, I started out in CB (as you already know), but I did have my fair share of HEATHKIT catalogs as well. My problem (being very young) is that the Citizens Band radios on the market at that time (ed. - especially late 60's and into the 70's) were eye candy to someone who liked talking on the radio, usually less expensive, and good-to-go right out of the box. Heathkit products, on the other hand, seemed crude in comparison, and in my little niche of New England, when you said "HAM RIG", it meant "HEATHKIT"....
One of my good CB friends, the "Due Sender", was determined to be a ham radio operator and was constantly building and frying one "kit" after another (sometimes while on-the-air on channel 20). I wasn't opposed to building a kit, as I had built several non-ham kits previously and really enjoyed it - my eyes were just glazed over by the chrome and aesthetics of 11m radios, and, all my friends were using CB as well. 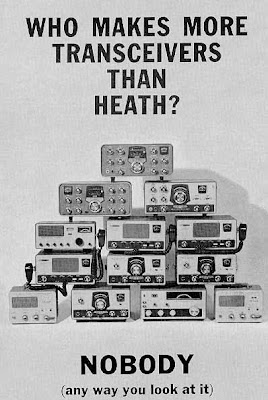 The urge was always there, to become a ham, I just wasn't inclined to do a lot of studying to get there (ed. - very logical, as I had the very same problem in school). But, don't get me wrong - I enjoyed the hell outta CB, and still do, I just couldn't seem to make the break to another radio service that in my perception, had rigs that seemed like they were out of the stone ages. Oh, and lets not forget "Morse Code"; yes, I tried a little, but it was truly a foreign language to me and if that was the gateway to HAM radio, then I was going to take a pass. 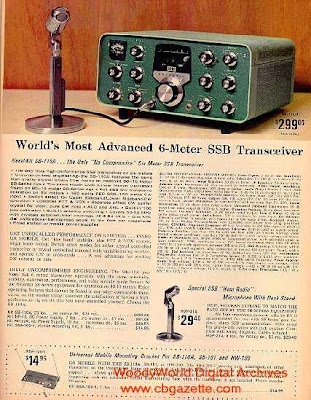 Fast forward to the mid-80's and between a persistent co-worker and better looking HAM rigs, I took the plunge and learned CW, quickly upgrading to Technician "PLUS". I still used 11 meter transceivers, but I also had my first HAM rig, a HEATHKIT HW-5400. Audio was low and muddy on 10 meters but when I worked 15 on CW that rig would sing and I would get the BEST tone reports (to this day) of ANY HAM rig I'd ever owned (and as it turned out, CW became my favorite mode of operation).

Fast forward to the mid-90's, and now I was an active CB (and) HAM radio collector. My appreciation for those "ugly" rigs I remembered grew at a fantastic rate. My loathing of SMD's had me running back in time and picking up those 50's, 60's, and some 70's Amateur radios because they were like the cars of that era - plenty of room under-the-hood to work, and easy to repair (as long as you knew how to repair them).

I began to realize.....that I had made a great mistake in ignoring those fabulous Heathkit rigs. 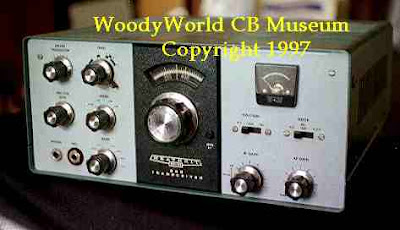 Today, as we all know, unless you want to pawn a car, it's very hard to purchase an unbuilt Heath radio, whether is be a transceiver, or receiver. And if you were able to buy one that was produced TODAY, it would be more plug-and-play with a variety of SMD laden boards. Fortunately you can find thousands of used Heathkit rigs, complete w/manuals and building instructions, and with the excellent HEATH support base (via die-hard HEATH lovers), so even if what you buy is broke - you....yes YOU, can repair it yourself.
-
Whoever said: "You can't go home again" obviously didn't know about Heathkit.....