I never thought I'd comment on rain, but it's been so dry around the Houston area, we haven't had anything for about a month....until today. After a day that hit 103, I wasn't expecting anything other than more of the same, but late this afternoon I heard thunder (which was dismissed at my stomach growling) and shortly after that we had a nice little downpour, not too heavy, but just enough to where it was enjoyable being outside. There's nothing like that "Fresh Rain" smell.... 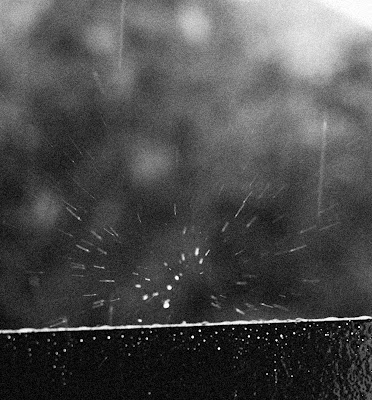