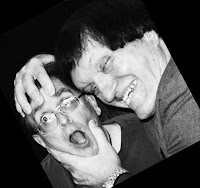 INCOMING MAIL...
(and an update on POST: "SAD NEWS")
Okay, I'm still catching up on mail that got flagged by McAfee's non-effective spam catcher, and I stumbled across quite a few msg's that weren't SPAM, so let's set what else came in!
"BOB" writes:
I just bought a Washington. The clarifier has been unlocked. I only talk on AM. Is there any way to lock the clarifier? It is very sensitive to tune. Is there anything I can clip, unsolder, etc?
Thanks
Woody Replies:
If you check out the web and do a Google search for President or Uniden Washington modifications you’ll find the clarifier mod. Normally you would just go backwards to get it back to normal, however if the clarifier is really sensitive on AM, it could be that other work was done to increase the range, because usually just doing the clarifier mod doesn’t have a big affect on AM. In that case you would probably want to have a shop look at it to see just what has been done to it (replaced potentiometer, diodes, resistors, spreaded coils, etc.)
Regards,
Woody
"Tony M." Sends in a picture of a nice looking Lafayette HE-20A- 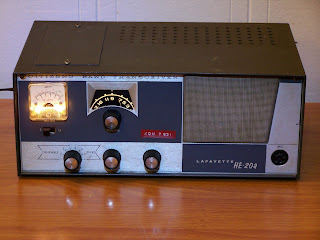 From Sweden, "Peter" writes:
Hello Brian!
I just got my Stoner #513 from Chicago here in Sweden, attaching a picof my CB setup. Also managed to get the OSC40, SOC-40 and 2 x SPK-40 onEbay but missed the SWR-40.I too have the popping noise you write about and seems its the digitaldisplay. Did you find out which capacitor to change? Or else how to curethe problem?Would appreciate if you dropped me a line telling....Do you know of any SWR-40 for sale? Same with AM-40 (if they ever madeone) or HAM-40?
Best wishes: Peter / SM5HUA, Uppsala Sweden
(Peter also sent in a picture of his station, ed. - Looks GREAT Peter! Who just wrote back, but I'll save that for the NEXT "Mail Call") 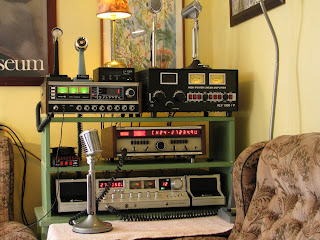 UPDATE ON DEATHS IN FLORIDA -

capt205 said...
Woody...as a follow up to your post on the 3 killed in Florida, the guys on the radio around here (Tampa FL) have learned that Melville Braham was a person we talked to often when skip was rolling out of Jamaica. He was on the Freeband as Jamaica 411, personal was Melville, and he was a regular on the frequency we use here in the Bay Area. It was disturbing to learn that he was a radio aquaintance, and tonight we are talking about the different contacts we have made with him.Thought you would find this interesting.
Brian, American Radio 205, Tampa FLLong night / Short "POST"

Hey Brian/capt205,Yes, anytime that happens it's a real tragedy. Thanks for the extra info, I'll put it up top on a new post soon so everyone see it (some folks don't read the messages).Regards and Condolences to all you guys down in Florida who knew him, or, to anyone in the world he may have talked with - Woody

And that wraps up most of the incoming mail from "MAIL CALL" - Thanks for writing, catch ya on the next "short" wave! 73, WOODY -