That we'd meet Alice Cooper earlier this year, get a picture taken with him and some stuff autographed, and then - months later, we're only about four rows from the stage and the opening act is almost ready to relinquish the stage to the master showman himself - "Alice Cooper"!!!
-
Everyone knows they're trying hard, but after each song you can only hope their set is over so that the real show can begin. While I would have liked to have seen him sing songs from one of my favorite later (2005?) albums, "The Eyes Of Alice Cooper", this tour would be a trip down nostalgia lane, and for a guy who'll be 62 next February, he's still touring, putting out albums, and of course....playing golf. 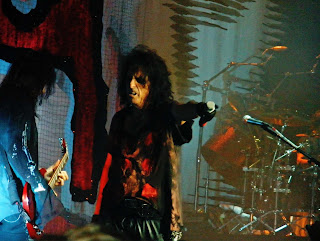 A TASTE OF THE OPENING
- 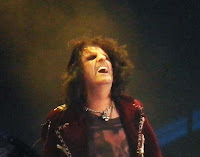 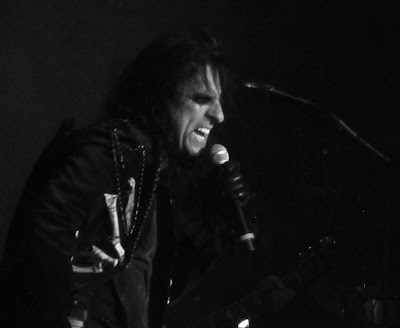 "IS YOUR TELEPHONE RINGING?"

If you were out cruising on a weekend night in your used '67 Mustang, you were either talking on the CB, or listening to Alice Cooper on your 8-TRACK.....
-